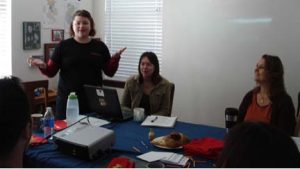 program in Community Development: Wendy Carter, Lisa Nelson and Chris Aguirre. As students in the field of community development and residents of downtown Sacramento, they were intrigued by the urban challenges and opportunities arising from the growth and development of the city. They felt that that all residents should have a voice in, and the opportunity to benefit from, community development in Sacramento. They also believed that the resources of the University could be shared to support the revival and preservation of the rich ethnic, cultural and socioeconomic diversity in Sacramento’s historic and unique urban neighborhoods. 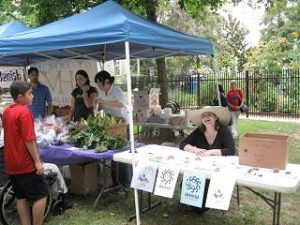 Since its inception, Alchemist CDC has been focused on food access issues. Alchemist CDC’s first program was to operate Urban Farm Stands, bringing fresh, locally grown produce at affordable prices to underserved neighborhoods. The Urban Farm Stand model was developed in response to those residents expressing a need for improved access to healthy food in their neighborhood after the closure of an Albertson’s grocery store left the area with no source for fresh produce.

In the years that followed we have continued to be responsive to residents and community partners that continue to express a need for improved access to healthy foods and expanding our programs to address neighborhood improvements through community engagement and economic development based on principles of social justice and equity.